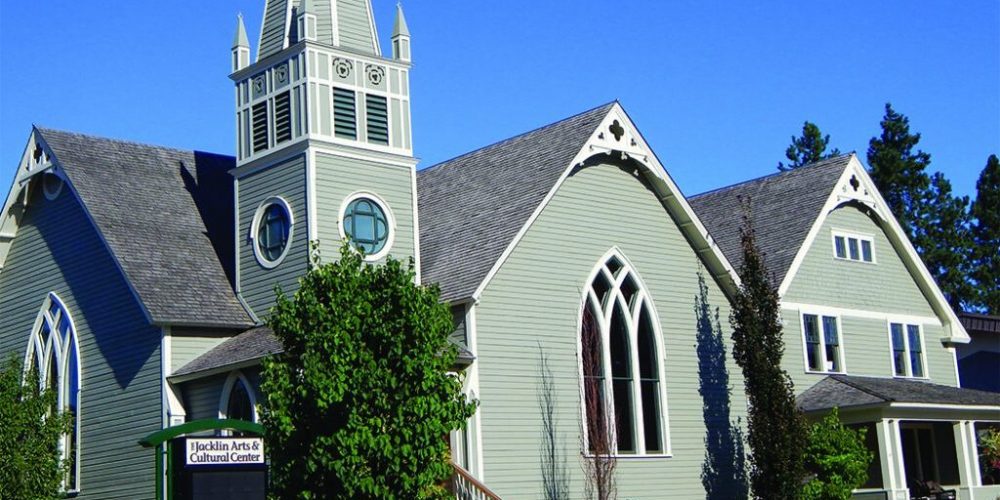 The Jacklin Arts & Cultural Center is a gathering place for the arts. We host concerts, art exhibits, plays, workshops, culinary classes and more. The JACC is also available for weddings, receptions, parties and meetings.

The Jacklin Arts and Cultural Center’s mission is to

“Ignite and Enrich a Passion for the Arts.”

Listed in the National Register of Historic Places – September 7, 1984, the JACC was formerly two separate churches built in the 1800’s and located at other locations. In 1921 the two churches were literally drawn by horses to the current location and united to become “Community Church” in Post Falls. The church became the central gathering place in the community. City founder Frederick Post was in charge of the church choir and later when he died in 1908, his funeral service was at the former location on 2nd Avenue, at which time the Coeur d’Alene Tribe encircled arms outside the church to show their support and respect for Post.

Community Building Partners, Inc. was formed in 1988 and dedicated itself to the restoration and maintenance of this historic structure. Renamed to honor Susan and Duane Jacklin, who were so instrumental in spear heading the restoration project, the Jacklin Arts and Cultural Center in Post Falls continues to be a gathering place in this community.

Chairman of the Board

Past Chairman of the Board